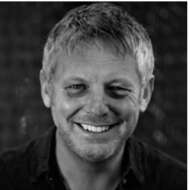 This user has not added any information to their profile yet.

iTrust Assurance Ltd
https://itrustassurance.co.uk/
MR
N S INGE
nick@itrust.uk.com
07718088832
LinkedIn
Twitter
After graduating with a BA (Hons) Economics, Nick spent a gap year travelling around Australia, Hong Kong and China, where he met his wife, before returning to the UK to begin training as a chartered accountant.

Quickly realising this was not the fun-filled, dynamic and interesting career that he hoped it might have been, he changed tack completely and in 1994 joined Kent Police. He soon developed an interest in plain clothes policing and a specialism in recruiting and handling informants. Not long after, he specialised in serious crime and counter-terrorism policing. This involved working alongside MI5, MI6 as well as the National Crime Agency, managing informants that were pivotal to high-profile operations tackling terrorism, domestic extremism, serious crime and corruption. He was promoted to Sergeant in 2008 and after a brief stint back in uniform at Medway, including being a Custody Sergeant, spent the rest of his career managing teams involved in all aspects of informant handling.

Nick retired from the police in June 2019.

Nick is now the CEO of a specialist whistleblowing consultancy, iTrust Assurance Ltd and a Worldly Wise Co-founder.

Nick has written two books which are available on Amazon.